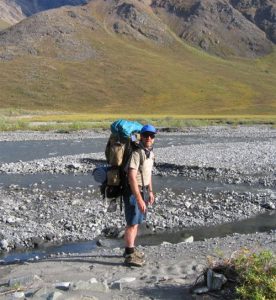 Michael Hecht was born and grew up on the Upper West side in Manhattan, and attended Ramaz high school. He received his BA in Chemistry from Cornell University, where he did undergraduate research on protein folding with Prof. Harold Scheraga.  He completed his Ph.D. in Biology at MIT, where he received the first Ph.D. from Prof. Bob Sauer’s lab.  His thesis work on lambda repressor was among the first projects that used intentional mutagenesis to study protein structure and function.  Hecht did post-doctoral work in the labs of Profs. David and Jane Richardson in the Biochemistry Department at Duke University Medical School. This research resulted in one of the first proteins (called Felix for Four helix) designed de novo.  In 1990, Hecht joined the faculty of the Chemistry Department at Princeton.  Research in the Hecht lab is summarized on other pages of this site.

Hecht has served the Chemistry Department as the Director of Undergraduate Studies and Associate Chair. He has also served the Princeton community as of Head of Forbes College for eight years. When not busy with teaching or research, he spends time traveling, skiing, inline skating, bicycling, and backpacking. The picture at right was taken in the Arctic National Wildlife Range in Northern Alaska.